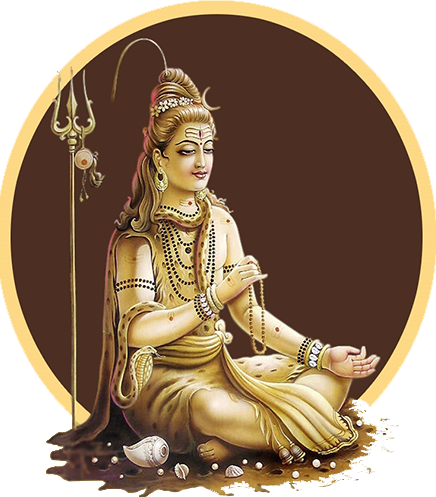 Man is not incarnated in this world, to enjoy the light of the sun in laziness, but to develop himself and serve the world according to his abilities. Whoever does this consciously will also find happiness

Karma is the law of compensation, which ensures that man is confronted with the same type of problem again and again, until he has solved the problem by his actions.

The more a person refuses to learn to solve certain problems, the more he encounters resistance to his fate, the more he will only get to know the negative aspect of destiny, suffering.

Only the power of love really transforms lower into higher, can transmute and thus change.

It shows in love that the weak is the really strong, the humble the really powerful

Truth is the first law of Shiva karma. According to this, one should remain truthful in all situations of life.

We should stay truthful to others and most importantly, ourselves. This is how you can attain true peace.

Knowledge is the root of everything.

EVERYTHING IS AN ILLUSION

Happiness lies within you. Not in things that you possess. Be grateful for all that you have in life, and be humble too.

Allow your soul to feel whatever it wants to. Just don’t lose your calm when you go through a tough situation. Instead, grow through it.

USE ALL YOUR SENSES

Remember, your mind is the center of your being and it controls everything. Calm your mind and make use of all your senses. This will make you more aware of what is happening around you and shall also awaken your consciousness.

Happiness multiplies when it is shared and spread. Never be selfish about happiness. It feels a lot better when it’s shared..

Enlightenment is when a person grows out of his self

Enlightenment is the final stage of awakening,, which is also the essential form of existence for a human. In this state of mind, you attain self-realization along with the conventional understanding of nature, as well as reality.

HOW I CAN CLEAR MY KARMA ?

and to attain eternal Bliss (Self-Realization) after being liberated from miserable cycle of birth and death.

These laws will help us understand life better.

All this universe is in the glory of God, of Siva, the God of Love. The heads and faces of men are His own, and He is in the hearts of all.'

How to purify negative Karma

THE FOUR POWER OF PURIFICATION

2. Power of Regret: To recognise that negative actions done in the past were very unwise.

3. Power of Promise: One should promise not to repeat these negative actions.

4. Power of Practice: Any positive action

with a good motivation can be used as practice.

THE FOUR LAWS OF KARMA

1.  Results are similar to the cause:

positive have happiness as a result;

negative actions lead to suffering as

2.  No results without a cause:

Things do not just appear

the result is never lost.

I CAN HELP YOU TO OPEN YOUR MIND, TO PURIFY AND TO

So, in this sense always try to:

In the Retreats and Healing Sessions you will learn to reprogram your mind and eliminate negative based beliefs,

Discover a new way of thinking

Deepen your Mind-Body and Spiritual Connection

" My spiritual journey to Shivaratri Festival,